When Worlds Collide: A Public Historian at the CWI Conference. NPS Park Historian Shannon Moeck’s reflections on the intersection between pubic, popular, and academic history at the 2014 CWI conference.  .  It is refreshing to encounter a historian who does not create artificial walls among the practitioners  of Civil War History.  Looking forward to having Shannon return to CWI

During one of my first job talks in the late 1990s, I made the point that Virginia college students championed slavery as an agent of progress, believing that society would move forward in tandem with Christianity, economic liberalism, and republicanism. These young men followed the lead of pro-slavery philosophers across the South–nothing earth shattering about the observation. I was simply trying to break the caricature of the hotheaded Southern youth: quick to drink, gamble, and gun down any man on the field of honor. They were not all deep thinkers to be sure, but they also were not frivolous and shallow. No one seemed to care for the talk. I was young, nervous as hell, and probably gave a rambling lecture. The most uncomfortable moment came during the question-and-answer period. One professor insisted that I was tarnishing the beauty of progress by linking it to human bondage. I was stunned by the emptiness of the question. I swallowed hard and tried to explain that I was offering the perspective of slaveholding youth, not resurrecting a defense of human bondage.  He didn’t buy it, and I left the campus interview empty handed and without a job. I was shocked that a professional historian refused to engage “progress” as an historical term, and that he was incapable of understanding how a monstrous institution was once deemed morally just and divinely sanctioned. I am not so surprised, however, when students in my classroom brim with outrage over the defense of slavery. Undergraduates typically reel back in horror when they encounter proslavery thought. Slavery’s defenders are often reduced to racist thugs whose intellectual heights never exceeded crude expressions of white power. The challenge for me as a teacher is how to channel student indignation into a historical inquiry without surrendering to moral relativism. 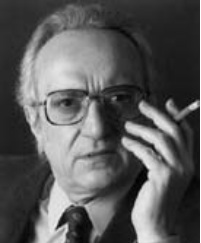 Having the students read Eugene Genovese’s Slaveholders’ Dilemma: The Freedom and Progress in Southern Conservatives Thought, 1820-1860 pushes students to take historical actors on their terms, even if their acts are incomprehensibly vile to us today. I can remember how hard it was to put my moral outrage to the side and ask: How did slaveholders sleep soundly at night and not choke on their own bile from the contradictions over owning other humans? Unpacking what Genovese calls the slaveholders’ dilemma cracks open the ethical world of slavery’s defenders.   So what was the dilemma? Slaveholders wanted all the material rewards of progress delivered by economic liberalism, the freedoms of Republican governments, and the stability of Christianity, but they also knew that the driving engine of progress had been unleashed by wage labor. Yet these very same workers were at the mercy of a capitalistic system in which labor was utterly helpless. It would only be a matter of time, slaveholders argued, before the workers would be come so desperate that they would take to the streets and rebel. Only brute force and authoritarian regimes could blunt such radicalism. One French Revolution was enough for many Southerners, who feared an inevitable death for republican governments. The bulwark against this crisis, slaveholders countered, was some form of dependent labor for all workers regardless of race. In throwing down the gauntlet against wage or free labor, Slaveholders’ Dilemma boldly repudiated the doctrine of natural rights as part of a broader claim that the South was a conservative bastion of Christendom while the rest of the world was turning to ungodly -isms. I have streamlined Genovese’s nuanced argument and how he moved beyond the tired debate as to whether the South was capitalist or anti-capitalist. It is my hope that my students and other readers of the blog will bring their insights and thoughts about the intellectual defense of slavery. Here are some of the questions that my students are puzzling through. Feel free to offer your own thoughts.

On Thursday we took a break from our regularly scheduled programming to welcome guest speaker Tiffany Player to class. Tiffany, a doctoral candidate from Washington University at St. Louis, is finishing her dissertation on the political history of African-American women from slavery through the Great Depression. Rather than give a formal talk, Tiffany led a superb discussion on black women’s politics during Reconstruction.

She assigned Karin Zipf’s “Reconstructing ‘Free Woman:’African-American Women, Apprenticeship and Custody Rights during Reconstruction,” which was published in The Journal of Women’s History in 2000. Don’t let the academic title put you to sleep. This is a powerful piece, accessible and well argued, and one that raises a host of important questions about the ambiguous position of free women in Reconstruction, the rise of “second slavery,” and the ways that black women demanded that state government and the Freedmen’s Bureau recognize their claims of citizenship.

From 1865-67, North Carolina law granted former masters in the North the right to take the children of former slaves as apprentices. Single women in particular did not possess custody rights, but they did not roll over when ex-masters forcibly removed their children—many kidnapped in the middle of the night. Black women petitioned state courts and the Freedmen’s Bureau. The results were rarely in their favor.

Fast-forwarding to Reconstruction without any background lectures did not throw the students off their game. Their initial debate centered on the hierarchy of oppression in the post-Civil War South. Of course the students placed ex-masters at the top of the new social order but they couldn’t decide whether freed men or freed women had it worse. Tiffany and I let the debate take its course before asking them to explain why this question mattered? We didn’t get a direct or satisfying response. We pressed them. Do such comparisons help us appreciate how different groups used and contested power in a society transitioning from slave labor to wage labor? We never settled the issue for them. They will be chewing on this question for some time.

Zipf’s examples of ex-masters stealing the children of single black mothers or having the courts deny them financial support is truly sickening, leading one student to suggest that the apprentice system was a form of slavery. Again, Tiffany and I did not reject this theory, but she finished the class with some provocative issues for the class to consider. She asked them to put aside the tired question as to whether Reconstruction was a success or failure. Rather, she pressed them to consider how single freed women saw themselves as citizens, entered the public sphere as political actors, and how they asserted their rights as mothers, workers, and as sexual beings in filing suits against white and black men. Tiffany helped students see how black women, when insisting that they be called freed women and by taking their grievances to the court, exposed the revolutionary potential of Reconstruction.

Thanks to the Eisenhower Institute at Gettysburg College for inviting Tiffany to campus. It is my intention to have her speak at the Civil War Institute 2016 conference on the legacy of the Civil War.

Of all the things we do at the Civil War Institute’s summer conference , I couldn’t be prouder of our high school scholarship program. Jennifer Simone’s piece says it all.

When I was an undergraduate at IUPUI (Indiana University-Purdue University), taking my first upper level course in U.S. History, my professor told us that he would never assign the books of the legendary U.B. Phillips.  Phillips, a Georgian who studied at the Univ. of Wisc. and  then spent his entire academic career in the North, wrote path breaking books on slavery in the early 1900s (see Life and Labor in the Old South and American Negro Slavery)  My professor said that Phillips was an inveterate racist, whose work on the Old South was pure Moonlight and Magnolias.  Slaves were either hapless or happy, and planters were benevolent and tolerant men in performing their role as civilizers of the South—or at least that is what I was told by my professor who only gave us a 180 view of the historiography of slavery.  This professor, I should add, was the best instructor I had as an undergraduate.  The reading load was immense.  Weak students resented him.  The good students understood that he pushed us out of respect.

This fall I decided to go old school with my undergraduates in History 339 and introduce them to the controversial historian U. B. Phillips.  I assigned Eugene Genovese’s “Ulrich Bonnell Phillips: Two Studies.” in Genovese’s In Red and Black: Marxian Explorations in Southern and Afro-American History (an indispensable book on Southern history I might add) . The article is not a reactionary defense of Phillips, but a critical analysis of Phillips’s scholarship. I usually dose off when people start ranting about how Genovese turned into a political and social conservative, and thus all of his scholarship is questionable.  I don’t care if he became a nudist during his off time. His work is phenomenal –though imperfect–and his treatment of Phillips is a model as to how we should do peer evaluation.

To my surprise and delight the students get Genovese, and appreciate how Phillips saw the South as a unique slave society that produced  a distinct and deeply influential ruling class.  Phillips was a racist, a man of his times to be sure, and unfortunately his inability to transcend his racial assumptions blunted his interpretations. The students are not indifferent to the racism of Phillips.  They are more interested in trying to figure out the complexities of paternalism, which Phillips certainly romanticizes, but he opens the inquiry into political economy, pushing the students to see the interrelationships among politics, economics, and culture.  The concept of paternalism is a tricky thing.  Many scholars jettison it as too apologetic. The students have pointed out the ways that paternalism deluded slaveholders, twisted their sense of justice, and at times kept them from actually knowing the very slaves who they imagined as familial dependents.  Phillips ignored paternalism as an act of negotiation between master and slave, a complex and contradictory dynamic will be the focus of future posts as the students puzzle through  at the following books:   Kenneth Stampp’s Peculiar Institution , Peter Kolchin’s American Slavery, and Drew Gilpin Faust on James Henry Hammond.  On their own they will be reading a book of their choice on slavery, but it must be published after 1970.

Students in History 339 at Gettysburg College will be getting a 360 view of slavery historiography.